John Williams was diagnosed with non-Hodgkin’s Lymphoma in early 2015 and underwent an operation in March that year. A few months later he started a course of chemotherapy, which continued for about six months.

John and his wife, Ruth, live in Amesbury, Wiltshire, and for his first treatment he faced a round trip of about 15 miles – right through the centre of Salisbury, which is never an easy journey. So he was delighted when the Hope for Tomorrow Mobile Cancer Care Unit (MCCU) came to Ludgershall – a much easier drive for the couple. He was offered the alternative location and chose treatment on the MCCU.

“I was made really welcome by the sister, who brought me a cup of tea and biscuits and explained everything the first time I went,” he says. “There were no problems – it was absolutely wonderful.”

But it wasn’t only John who benefited from the presence of the MCCU in Ludgershall – his wife Ruth was also relieved and delighted with the service. “I found it a great advantage because of the ease of access and simple parking,” she says.  “I could take him there and go away for a couple of hours. The distance was much the same from our house to both Salisbury District Hospital and the venue in Ludgershall, but there were no traffic hold-ups or parking difficulties at Ludgershall.

“I’d spent a lot of time and money trying to park at Salisbury hospital over many weeks when John was an inpatient and before he was well enough for chemotherapy. The MCCU was extraordinarily well appointed and I was comfortable leaving him there without my supervision!  He was always happy and well cared for. We have recommended the MCCU many times – thank you to all the staff who attend – and we’d also like to thank the people who have contributed to this excellent facility.”

John agrees. “Even with a disabled sticker, parking at the hospital was really difficult,” he says. “And in the hospital I was treated in a ward. It wasn’t nearly as comfortable as the MCCU.

“Everyone on the MCCU was really helpful. It was a good experience, and I felt really comfortable. I was able to chat with the other patients – three at a time were treated – and we even ate doughnuts together!” 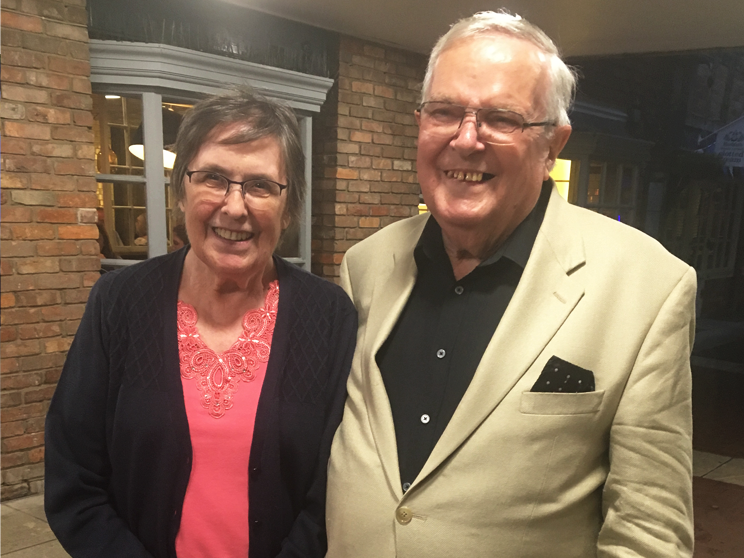