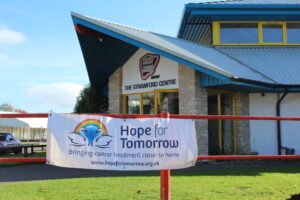 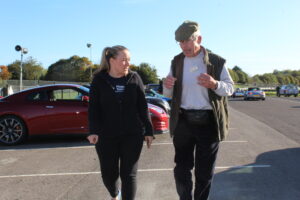 Fast Friday took place on 6th October this year, followed by Autumn Classic on Saturday 7th October, at Castle Combe Circuit with Hope for Tomorrow as their chosen charity for the fourth year.

Throughout the weekend, nearly £3000 was raised for our charity, which we are absolutely
thrilled by.
The events are organised each year by Castle Combe and have become staple dates in any petrol heads’ calendar, drawing people in from all over to enjoy the fast paced races of the classic cars! 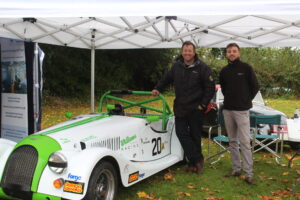 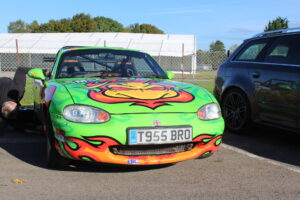 With seven races the cars spoke for themselves, with a mixture of the very ancient vintage sports cars to sixties single-seaters in the shape of the popular Formula Juniors.  Featuring the GT and Sports cars which are new to the Autumn Classic, while the crowd-pleasing 500cc Formula 3 cars returned once more. Add in pre-66 Jaguars and a huge grid of 1950s sports cars for the
Inter-marque race and demonstrations of historic Grand Prix cars and you had a full afternoon! 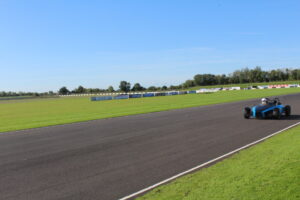 The whole circuit stepped back in time, with numerous club stands, displays and period style aplenty.

This is an event we are proud to be part of – we gain such awareness in addition to the fundraising, and would like to take this opportunity to say a huge thank you to Rodney Gooch, Chris Darwin and all the team at Castle Combe who were involved – we are incredibly grateful for your ongoing support over the years. Thanks also to all of our amazing volunteers for coming along and helping out at the events. 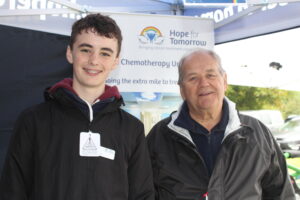 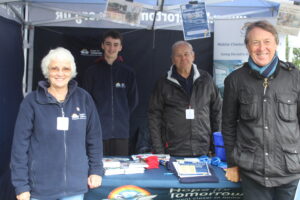