“I’d had night sweats for about a month”, explained Adam, who lives in Castle Hedingham in Essex with his wife of 20 years and their two teenage daughters.

“I had a blood test and was referred to Colchester hospital where I was lucky enough to see a brilliant doctor, who I think knew. He was prodding me and felt a growth around my kidney. I went directly for a CT scan and he got the results immediately. He apologised, before showing me where my kidney should have been, which was concealed by the tumour.

Adam was diagnosed with kidney cancer just before his 50th birthday in July 2018. “It’s one of those types of cancer which is often very late presenting, unfortunately.”

He continued: “Then three months later, I found out it had spread to my lungs, so they start using terms like palliative which is not what you want to hear.

“My initial treatment was a drug trial at St Bart’s in London for around two years before the drug stopped working. I then started combination immunotherapy at Colchester hospital, which has done a really good job of maintaining the stability within my lungs.

“When I first began the immunotherapy, I had to go every three weeks to receive a double dose of two different drugs. Then during early 2021, when my treatment was reduced to a weekly dose of Nivolumab, the nurses told me about the chemo bus– well, that’s what I call it!

“When I heard that the unit was just five minutes up the road from me in Ousden where I could have both my treatment and blood tests, it was a no brainer. It is brilliant to be able to have this option instead of making a 45-minute journey each way to Colchester Hospital. As a main hospital, it would often be inundated with people waiting in A&E and we’d have to navigate all the different entrances to get in, so the unit has been a lot easier in that respect. It’s made life a lot simpler.

“It means I can go to the unit and park without problem. My wife drives me and she just waits for me. I never have any worries about it; it’s been great and everyone is brilliant. You see the same familiar faces every time and the nurses address you by your first name. You just chat away to the other patients and it’s a really relaxing way to have your treatment.”

Being so near to the unit has enabled Adam to fit the treatment around his other commitments, rather than the other way around. It means he can continue carrying out his job at the local tea room’s kitchen, where he works for 18 hours a week, as well as fulfilling other outside catering work, all with minimum disruption.

“The convenience has helped me because I tend to work on a Tuesday (his treatment day) when I’d normally start at 9.30am. So if I can get a treatment booked for first thing, I can still make it to work by 10.45am. It’s definitely helped me manage that. Reducing travel time to and from appointments also means I get some free time to walk the dog and do all the other things in life.” 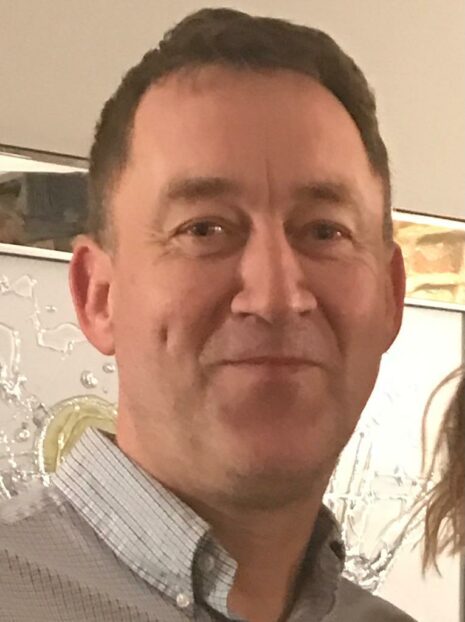